of an unworthy person (just another 1) cont

remember this post?
guess what! he has been warned by the office management. a written warning letter!

okay, apparently i was not the only so called victim. there were 2 others (a lady and a guy! yes a guy!). these peeps went to management and complained. unlike me, i complained kat blog je. hehe.

i was called by my director to give my honest opinion and review on his performance. in terms of work. then i was asked on his behavior.

at first i just said. i'm uncomfortable with his attitude at some point. then, my boss korek2 lagi. and knowing that somebody else has reported him on that, so i honestly told my boss about it.

next thing i know, they will extend his probation period and is under observation. well not just because of that thing, but other issues as well. not going into details here.

so, i'm just being heartless. as long as he learned from what he did, good enough.

boss said he promised to come to me and apologised. it has been a week and still nada. well i really dont give a damn. as long as we both do our jobs and we mind our own businesses, that would be grand enough.

so, he might thought it was okay to act like that. mmh hope he learned.
another piece of crap by ederq at Thursday, November 18, 2010

orang mcm tue mmg patut kena ajar sikit. Extend saja probation period dia then baru he will know how to respect others in term on personal life orang lain. adeii. ramai org gini outside there kan, cuma being their victims saja berani or tak nak reveal it. you did a good job by telling the truth to ur boss. yeay!!
-yani- 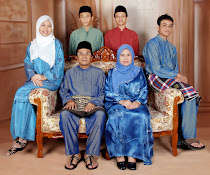